Multi shades of Ashlar Clashach sandstone went into re-building the central pediment of the Cancer Research building in Elgin.

St. Peters Church, Buckie: Text: The Twin Spires, Turrets and Tracery windows were the focus of attention on this 2013 restoration project. The Roman Catholic Church situated along the moray coast in Buckie was originally built as a cathedral and is one of the highest buildings in Moray. The height and position of the building leaves it open to severe weather beatings, especially on its higher elevations.

All joints were raked clean, re-pointed and grouted in as hard a lime mortar mix as the sandstone would allow. Stones which were eroded by the weather, in some cases to a dangerous state, were replaced by new Cop Crag sandstone. New Indents on the spires, Corners, Mullions, Cills were added with new floral finials and large ornate Tracery window sections. A few of the Turrets required taking down and re-building and all wooden Louvre�s were preserved. The work had taken 8 months to complete.

The first picture shows the extent of water damage to the sandstone tracery windows of Marischal College in Aberdeen.

New tracery indents hand carved and fixed in to match existing stones. Stainless steel pins are used to help fix the new sections and a runny lime mortor mix is made to grout the back of the new tracery sections. The new window panes are pointed in using sand mastic.

The typically dull red colour of sandstone seen here on the Stonehaven Town Hall was very difficult to match with the colours of stone we have available to us today. Its nature is to flake off from the front to a depth of 10/20mm back, mostly on the ashlar sections. The new sandstone sections were made from Course Hill Sandstone.

The clock tower is the last remaining section of The old Aberlour Orphanage, which has now been completely surrounded by new housing.

The Tower had been pointed in a cement mortar which damages the stonework. It was picked, washed down and re-pointed in lime putty, sand and aggregate mix. Choosing the correct lime mortar is essential in improving and prolonging the life of the building.

The old church of St Sylvesters

The old church of St Sylvesters, situated on Institution Road in Elgin,was given a complete pick and point,washed down and around 30% of the old sandstone replaced with new Clashach sandstone,cut,dressed and tooled to match the original. The stones were laid, grouted and pointed in a traditional lime mortar scraped back to an open texture to allow the masonry to breath

Views of hand carved tracery windows on the West Church in Thurso. Four new tracerys were made to replace the old cracked and badly corroded original ones that could not be restored. New sections were made from Spynie sandstone which is now increasenly difficult to obtain.

This picture shows a section of the Ruthven Bridge near Tomintoul which had 90 arch stones known as Voussoirs replaced in 2007. The whole bridge had an elaborate designed scaffold built under the barrel of the bridge to support the masonry as the Voussoirs were replaced. Each stone weighed approx quarter of a ton and were hand dressed on site to fit their individual positions. A strong Hydraulic lime mortar was used to fix them in situ and left to cure for 3 weeks before the wooden form support was taken away. The surrounding old masonry was re-pointed in a lime mortar to match the original traditional lime mortar.

The Steading had 25 square meters of rubble stone re-built on all the top and gable elevations to match existing and re-pointed. The roof was a new construction as the original had long since disappeared, and the slates were a high grade of Spanish type.

The Moray Council had a street fund project going, to brighten up parts of Elgin. They employed us to build a new tree planter and wall section on Batchen Lane. The wall and planter were built from reclaimed local sandstone rubble. They were cleaned up and built in a lime mortar. New clashach sandstone coping stones were laid on top, half round stugged on the wall and smooth ashlar on the planter.

The Gordon Chapel in Fochabers dates from around 1830 and was designed by Archibald Simpson on the orders of The Duchess of Gordon. The Stained Glass windows, which is a precious feature of the Chapel was an Edward Burne-Jones design. Each window commemorates a member of the Gordon Lennox family.

In the seventies and eighties some masonry repairs had to be undertaken to certain sections of the building. This included the Render and worn sandstone, as well as the mortar joints. Unfortunately they were repaired using various mixes of cement mortars and ended up causing more damage than good. So by 2009 the cement repairs themselves required repair along with a substantial amount of the original sandstone which was succumbing to the effects of pollution and years of bad weather. The work started in August 2009.

The first pictures show the failing external fabric of the building starting at roof level with the slates suffering from nail fatigue and porous cracking lead work. Also showing the failing sandstone sections, cement repairs and old cement harling which was holding in the moisture and causing problems with the internal plaster walls.

One year later the project was completed. The building had a new roof, re-slated with Ffestiniog Welsh Slate and code 5 Roll Ridging lead and flashings all round.

A new Lime Render consisting of lime putty, Otterbein NHL 2 mixed with Cloddich sand and aggregate, sprayed on and finished off with 5 coats of lime wash. This render helped dry out the inner walls and maintains a breathable membrane. Another 2 No. coats of lime wash to be applied in 1 Years time.

Also are pictures of the New Sandstone Indents at various locations throughout the Chapel, showing the different mouldings and tooled finishes. All joints were cleared of old cement pointing and re-pointed in a Traditional Lime Mortar. The Sandstone was from Clashach Quarry along the Moray Firth which was from the same vein of stone the original building fabric was built from.

Before and after ivy removal. Hatton of Fintray.

The old church of St Sylvesters 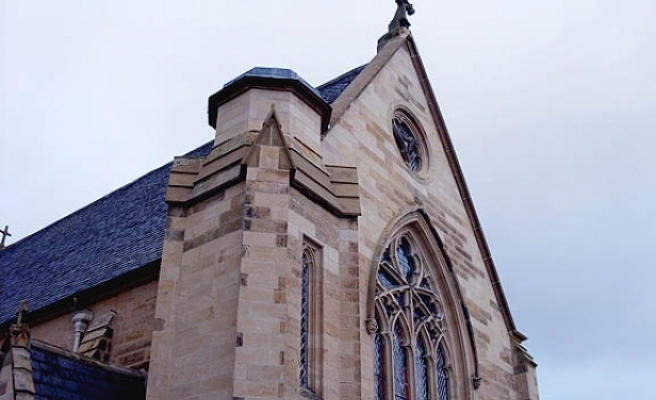 The old church of St Sylvesters situated on Institution Road in Elgin,was given a complete pick and point,washed down and around 30% of the old sandstone replaced 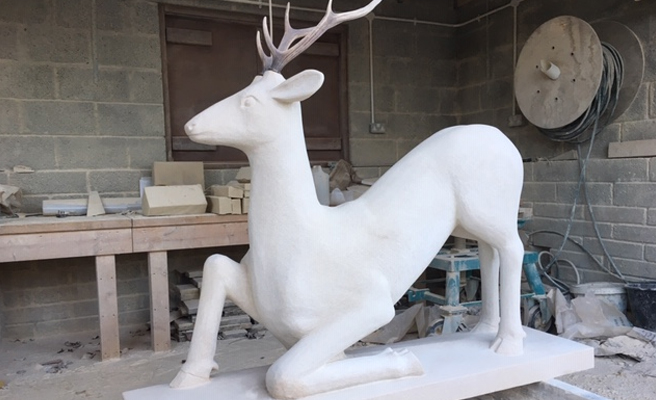 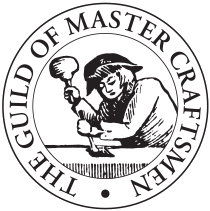